Daikin UK partnered with IES to create a bespoke specification tool that accurately models their VRV heating and cooling systems.

IES partnered with air conditioning manufacturer Daikin UK to create a bespoke specification tool that accurately modelled the performance and efficiencies of the firm’s heat pump and heat recovery VRV heating and cooling systems to demonstrate its superior performance over that of its competitors.

Why tool was needed

Daikin partnered with IES to develop a tool that would give the air conditioning equipment manufacturer a competitive advantage in a crowded market place. Together the two firms have successfully developed a software tool that allows Daikin to demonstrate the superior energy saving performance of its Variable Refrigerant Volume (VRV) systems when compared to that of less sophisticated competitors’ models.

Daikin’s VRV system is innovative because it can supply heating and cooling to different rooms simultaneously. The heat recovery element of this state-of-the-art system enables the heat removed cooling one room to be supplied to another room where heat is needed. As a result, in this mixed mode operation it is possible to generate significant energy efficiency savings.

Before partnering with IES, Daikin’s problem was that it was unable to accurately quantify the size of any energy savings from using its systems because it was virtually impossible for the company to model the variable conditions in a particular building in response to a particular VRV system. “You have to treat a VRV as an entire system in order to calculate the capacity and the exact efficiency, which would take months to do manually,” says Richard Green, engineering specialist at Daikin Air Conditioning UK.

For Daikin its partnership with IES made hard commercial sense.  “It proved its worth in just over two months,” comments Green.  “We can already attribute over £500k of business to the connection with the VE.”

“We chose IES because we were looking for a partner that was capable of developing a solution that was credible,” says Green. In addition IES’s unparalleled reputation and technical capabilities, Green says the positive attitude of the IES team was also important. “We were looking for a team where we could establish a good working relationship because they were being trusted with our integrity,” he explains.

Daikin also valued the way IES worked. “IES are very proactive and yet they are also able to react very quickly, should the need arise, which gave us the peace of mind that we would be looked after,” Green says. Daikin were also impressed with the way that IES were flexible in their approach to the tool’s development. “IES bent over backwards to accommodate things which we had not initially asked for,” says Green.

How the relationship worked

The development of the tool started with Daikin carrying out field trials to measure the real-life performance of its VRV system. Data from the trials along with publically available data was fed into the IES Virtual Environment by IES’ building physicists. “We’ve incorporated all our published data and data from real life tests to confirm that the simulation gives credible results,” says Green.

To ensure the plug-in was accurate, IES had to factor in the VRV system’s idiosyncrasies. For example: ice can form on the condenser on a cold winter’s day when the unit is running in heating mode. This has to be defrosted, which affects the unit’s heating performance.

The result of all of this work is the Daikin VRV Systems Plug-in, which is fully integrated into the IES Virtual Environment 2012 software suite. The software delivers an air conditioning load calculator and energy efficiency simulator specific to Daikin’s VRV with unsurpassed modelling capabilities for heat pump and heat recovery VRV systems.

The tool enables consultants to calculate Daikin VRV system efficiencies very accurately. “It is the first time anybody has been able to accurately commercially simulate the system,” says Green.

The plug-in also enables consultants to evaluate the performance of Daikin’s VRV system against other manufactures’ offerings and technologies and it provides the opportunity to try out different systems and VRV configurations to see how each performs. “You can see within the Virtual Environment exactly how the system is calling for heat and cooling in the different spaces,” Green says.

The plug-in has also helped Daikin develop its technology. The modelling enabled Daikin to see for the first time that it was possible to obtain heat recovery vertically. “One thing we found using the tool was that in taller buildings, with multiple floors, you often get more opportunity for heat recovery vertically than horizontally because of the way the air stratifies so heat is needed on  the lower floors while the higher levels require cooling,” explains Green. As a result of its investment in the plug-in, Daikin has now modified its systems to maximise opportunities for vertical heat recovery.

The model is useful too in that it enables designers to determine the best way to control the system.  Engineers can model when best to turn the VRV system on and off, and whether it is more energy efficient to run the VRV overnight or at weekends. “We can now tailor the system for each individual application to give optimal performance,” says Green.

The capability of the plug-in to carry out thermal dynamic simulations can be used to demonstrate system efficiencies for compliance with the Building Regulations. Daikin expect the plug-in to give its VRV system a competitive advantage. “The calculation in the non-domestic compliance guide for Part L does not take into account heat recovery so we expect the figures generated by the plug-in, which do include heat recovery, to be better than the generic National Calculation Method figures,” explains Green.

How has the plug-in been received?

According to Daikin, the response following the tool’s launch was impressive: “We got three times more responses than we’d anticipated,” says Green. He says that as a result of the tool many more consultants now come to Daikin with pre-built virtual models so that the firm can use the plug-in to help them achieve higher system efficiencies and lower carbon footprints. The success of being able to offer its customers compelling quantifiable data on the performance of its VRV systems has clearly proved beneficial to Daikin. “I cannot praise IES enough for their professionalism and for the help they’ve given us,” Green says. 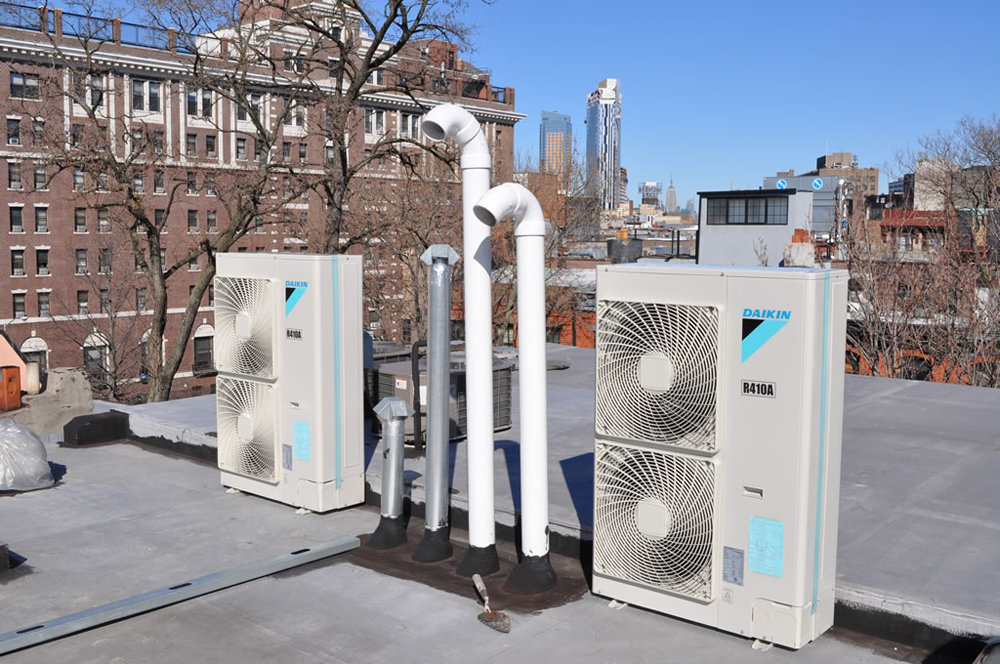 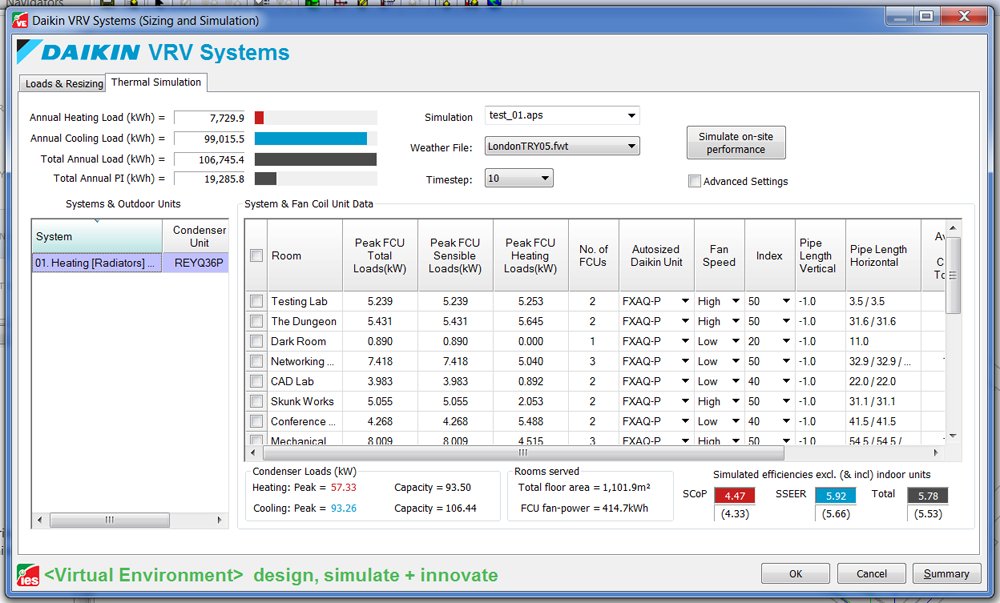 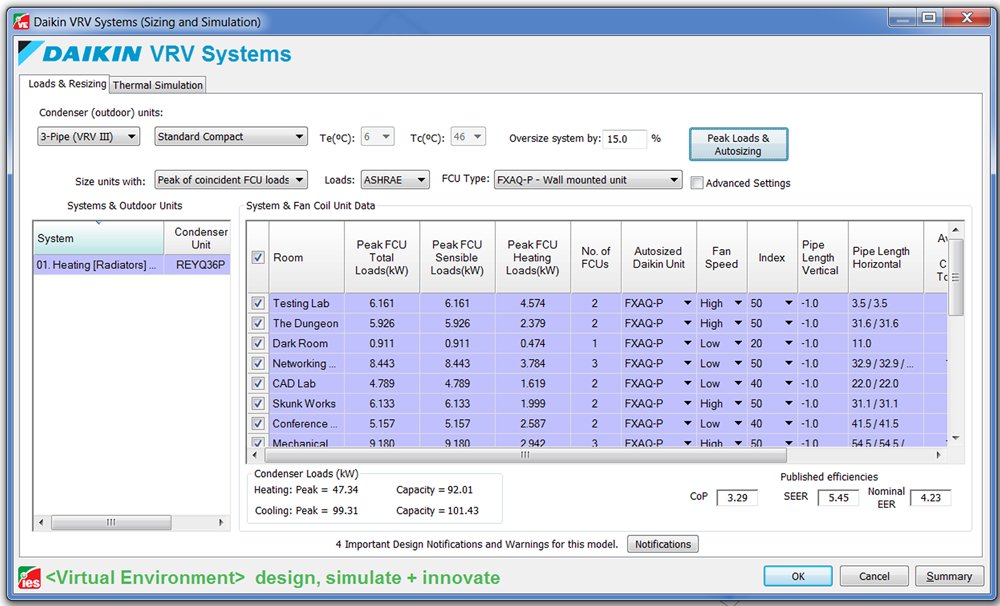 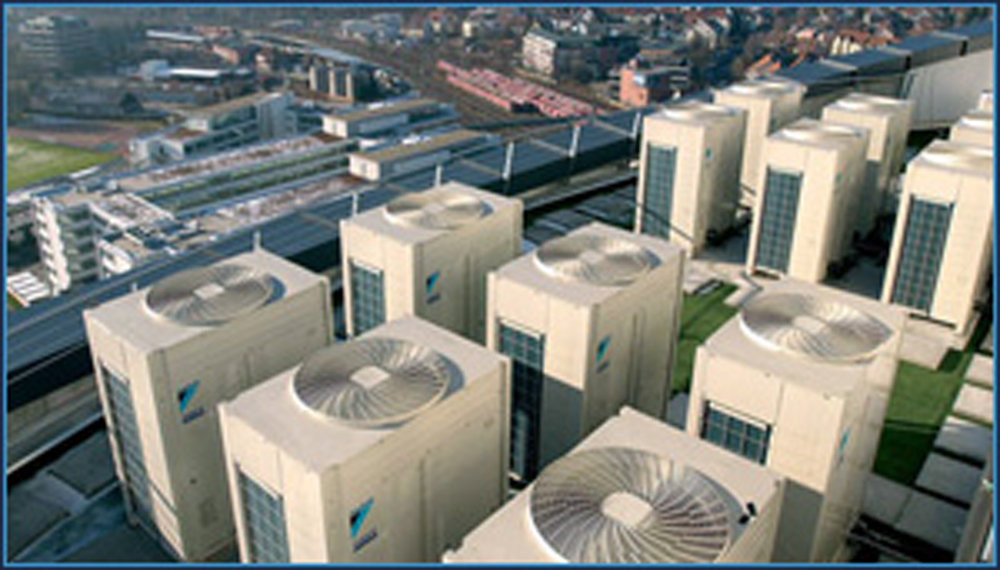