For this project KEO Consultants used a combination of methods, focusing on accurate, time optimized, and result-oriented modeling techniques.

The IESVE enabled the KEO team to accurately model the innovative and intricate architectural, electrical, and mechanical design of the tower and their interactions. Using various IESVE applications such as ModelIT, SunCast, Radiance, Apache, Apache HVAC, VistaPro, they were able to integrate them all seamlessly and simulate over 1,500 thermal zones and 3,700 shading panels, and provide output that conformed with the design team expectations.

The project is a 240 m high tower with seven basements, plus 46 floors. It has an intricate façade and shading structure. This complexity, combined with the number of elements and thermal zones, posed an immediate challenge to model the architectural features. The project team expected the model to push the limits of both the software engine and the computer hardware. However, the project team were able to model the features just right, as demonstrated in the images below. 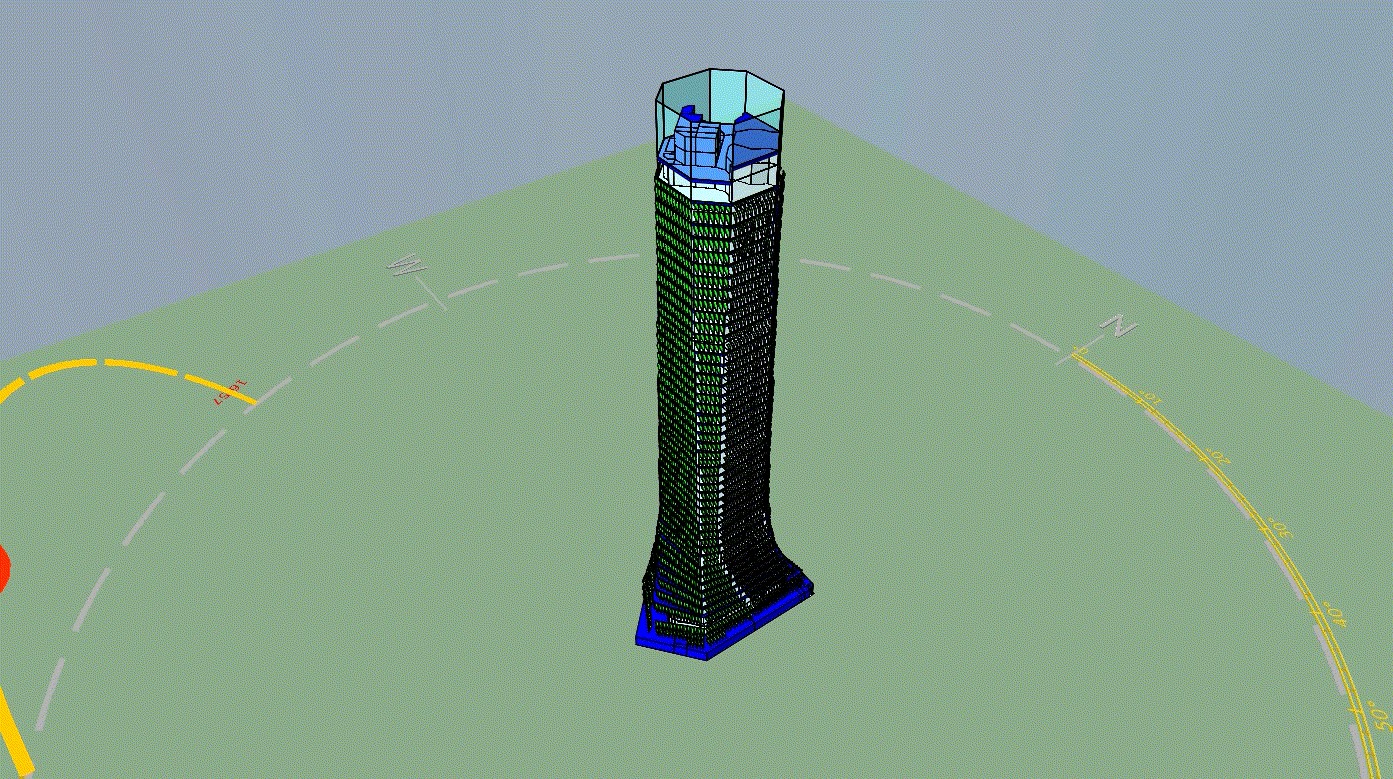 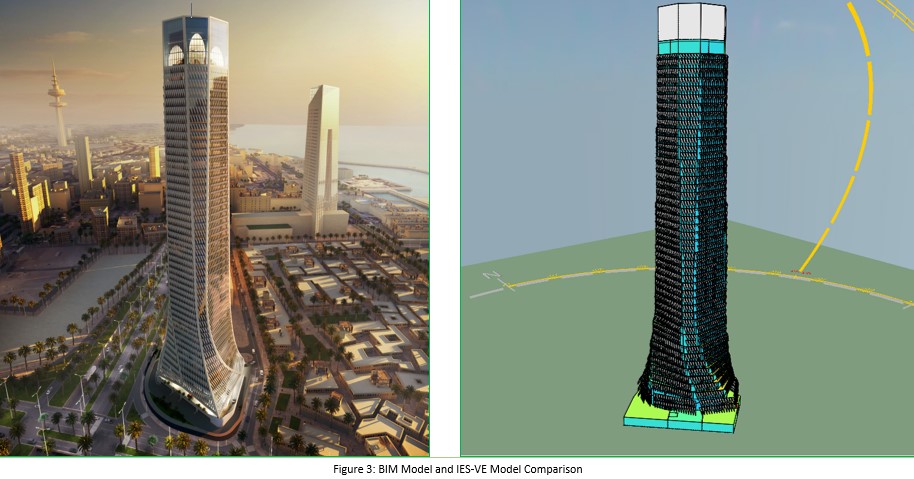 Parametric analysis for shading panels of different sizes and shapes at different orientations enabled the project to reduce carbon emissions and operating costs for the client. The project now has different shading panels at each orientation. The ultimate aim was to find the sweet spot between lowering the cooling load and optimizing daylight savings. This strategy is estimated to save the client 35% of operating costs during peak summer. The image below illustrates how the exposure was limited to the light blue-green zone, i.e. the sweet spot.

Using the RadianceIES application, different positions and orientations of the sensors could be analyzed to maximize daylighting. Using Apache, the project team also modeled electric vehicle charging, car elevator operation, and receptacle controls accurately; backing the knowledge of the engineers with data that can be presented to the stakeholders.

The mechanical design involved a thermal storage system for shifting the peak load of the building. During the parametric simulations, this thermal storage system combined with VFD chillers and fixed speed chillers were modeled to compare the capital investment vs annual operational savings in the tower. This also helped the project team to recommend the optimum charge/ discharge cycles and sequencing/ base loading of different chillers. With the implementation of this analysis, the chillers will operate on the apex of the COP curve during the summer, and the resultant savings are over what is expected from District Cooling. The inputs in the VE software for thermal storage and chiller curves enabled the project team to analyze accurately within a short time frame.