IES was brought in because of their unique ability to use historical BMS data to create a highly predictive model for forecasting performance of changes.

When Fife Council invested £2.5m refurbishing Kirkcaldy Museum & Art Gallery, it had to ensure the improvements would create the stable environment required by stringent collections care and insurance criteria…

Dallas Mechan, Service Development Manager, Kirkcaldy Museum & Art Gallery, explains, “A major part of the refurbishment centred on the seven art galleries. We wanted to ensure the future of our own art collections, which include treasures such as SJ Peploe, The Glasgow Boys and Jack Vettriano. We also wanted to enhance the visitor experience by being able to borrow paintings from other nationals and international galleries.”

Mark Gellaitry, a partner at Blackwood Partnership Consulting Engineers, which successfully won the tender to deliver the design for the environmental building improvements, adds, “A key requirement of the Government Indemnity Scheme was to demonstrate that any borrowed works will be displayed in a stable environment, where only very gradual changes within temperature and relative humidity are allowed. Historical humidity and temperature recordings, taken every hour for the past year, showed there were times when the museum was failing to meet the strict criteria. We had to gain full control over the environment by understanding how air flow was affecting the relative humidity.”

“We needed to be sure that our design would deliver the high levels of performance required,” says Gellaitry, “So we brought in IES to help because of their unique ability to use descriptive BMS data information, such as the historical temperature data records, to create a highly predictive model capable of forecasting which changes to the building would optimise performance.”

No complete original building designs existed for the unusual 1920s building, so IES visited the site to measure up. Hourly building performance data, for every day of the past year, and for each of the seven galleries, was then imported into IES software to calibrate the model to perform exactly according to the real-life data.

“We knew so little about the existing building that it was essential to understand how it was already performing before designing any modifications,” says Gellaitry. “Until now, building models have typically been calibrated against quarterly utility bills. The ground breaking iSCAN tool from IES enabled us to calibrate our model against tens of thousands of hourly temperature and humidity records, recorded by the building’s monitoring system itself. That gave us immense confidence that we had a very accurate baseline model to work from.”

He adds, “At the same time, the user-friendly graphical interface made it very easy to compare the benefits of any simulated designs against the current performance. This helped us to quickly establish that the main entrance, situated next to the galleries, needed to be moved and intercepted by the cafe if we were to have any control over the natural ventilation paths within the galleries.”

Another challenge was to see if the relative humidity could be controlled with heating and ventilation alone. “Various simulations within the model enabled us to see that the interaction between each of the seven galleries was significant enough to require the relative humidity to be controlled on an individual basis, making a separate air conditioning unit for each a key requirement,” says Gellaitry.

He adds, “The model also enabled us to establish that insulation and fully controlling the fresh air ventilation to the galleries would reduce the size of HVAC plants required, significantly reducing running costs.”

“What started out as a relatively simple project became a major engineering challenge, requiring an understanding of the complexity of seven constantly changing environments,” says Gellaitry. “Working with IES was like having a second engineer on-hand to help create solutions to highly complex problems.”

He concludes, “The unique way IES used existing building performance data to create an incredibly accurate model enabled us to identify key problem areas and predict the impact of any performance improvements. As a result we were able to design a solution that improves the comfort of the building for visitors, generates significant efficiency savings and meets the strict environmental conditions required by insurers to display works of art from other galleries.” 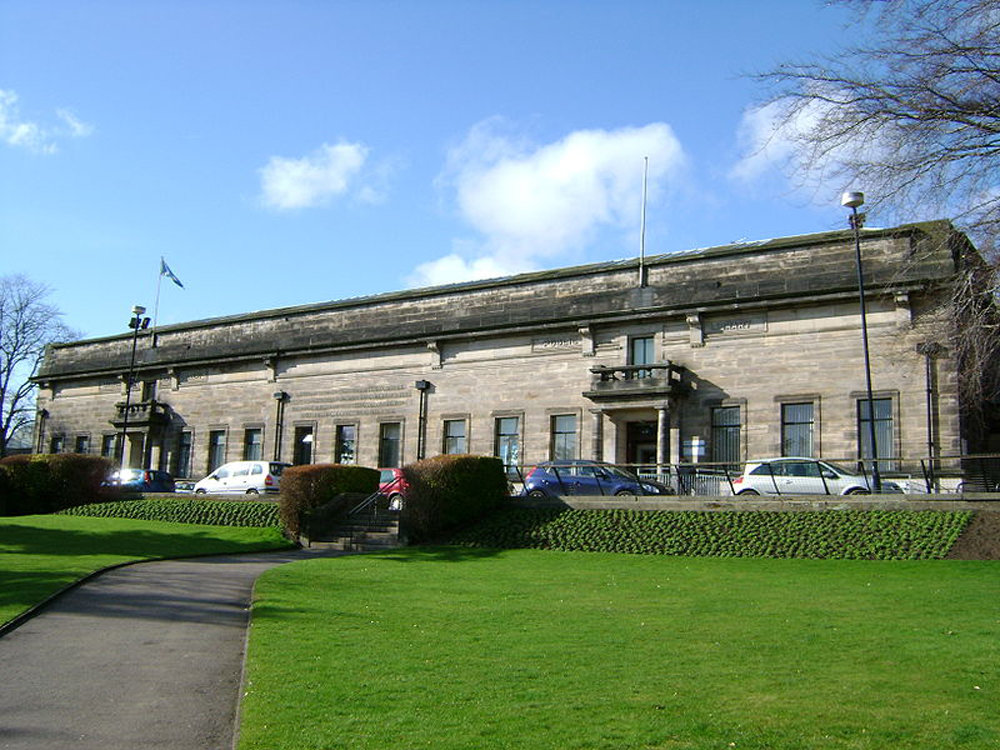 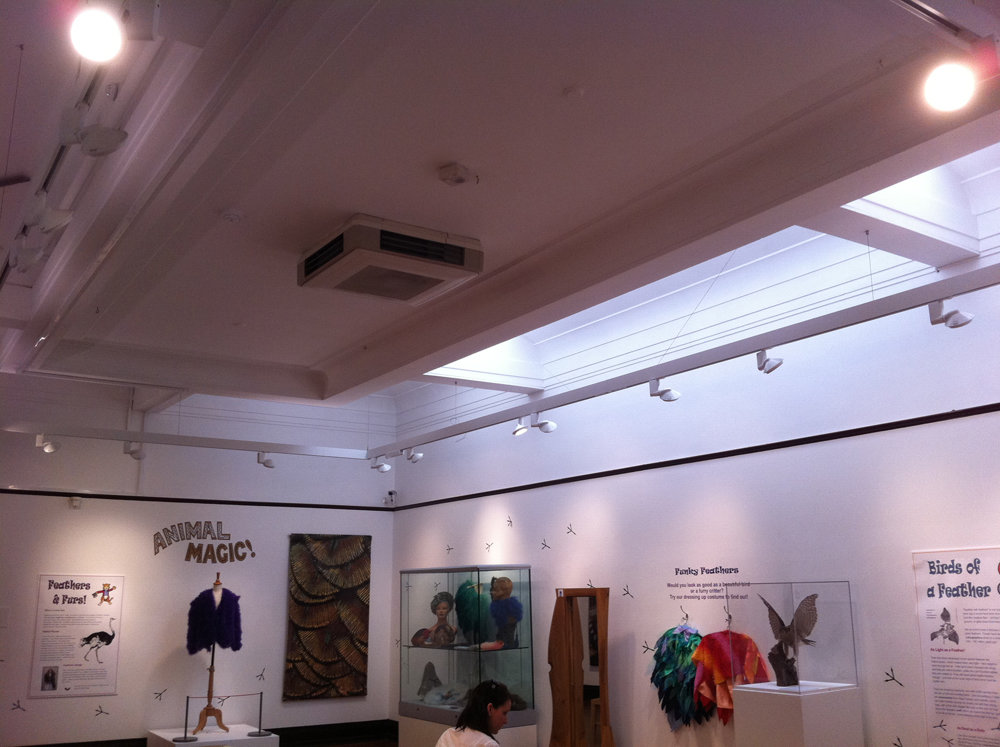 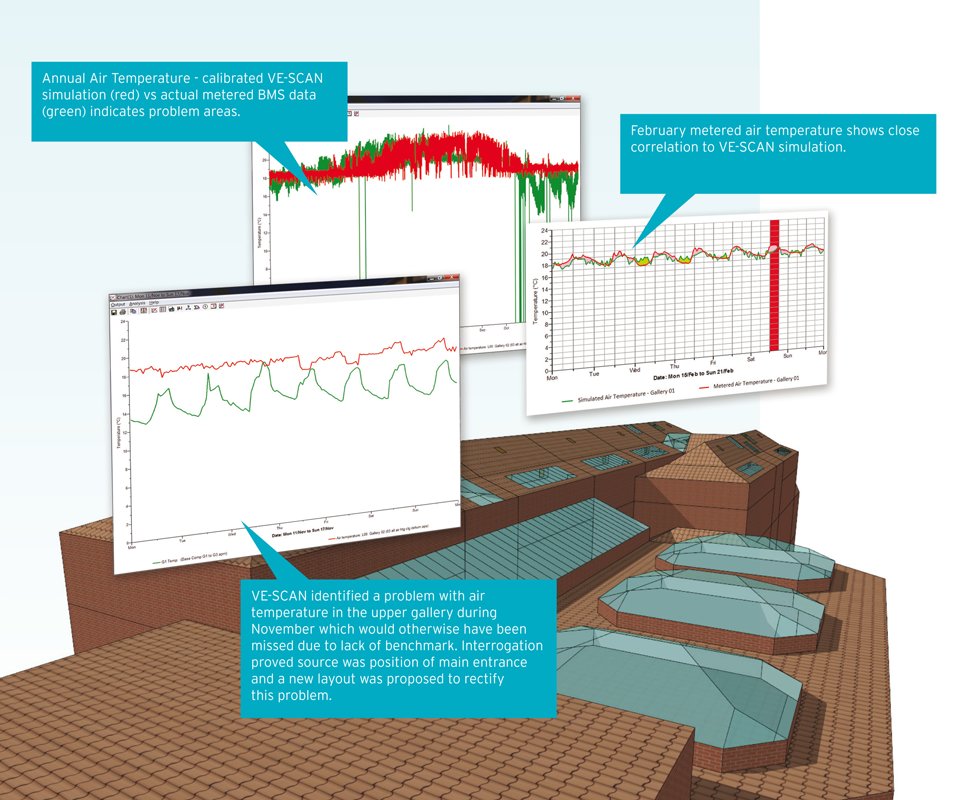